On February 25 2013 the Ben Gate concepts were launched at the Dairy Innovators Forum of the Australian Dairy Conference, at the Sunshine Coast. It went on to win the Dairy Innovations Award by popular vote over some stiff competition.

Ben Gate 1.0, the simpler version is described first, and Ben Gate 2.0, the version with more features is described second. Following that, some possible upgrades, some more description about the intent of this website, and the parts list (with costs), and the tools list.

Ben Gate 1.0
The first version, Ben Gate 1.0, was designed based on the problem of opening gates in wet and mud, leading to annoyed gate openers - primarily my wife!

The design was required to open gates for vehicles, and be closed to prevent stock entry. It was planned to be Open Source, so anyone could copy, modify, improve, manufacture or even sell it, with only the most modest requirements - attribution based on Creative Commons Licensing.

Profile for the prototype had to meet the following criteria.
Parts cost about $150  - see parts and tools list lower down. Clearly if you have some parts lying around it could be cheaper. For example, I suspect windscreen wiper motors or power window motors could be good substitutes for the motor, and who knows what transformers you have in the cupboard? Your friendly electrician may have some second hand enclosures they can give you that can be weather proofed with silicon.

You can see a video of use at Youtube:


Here are some pictures: 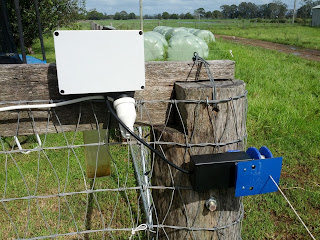 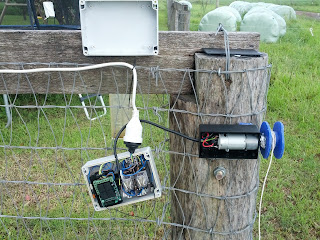 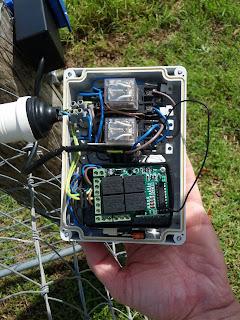 Ben Gate 2.0
This design was required as a road crossing (twin gates), open gates for vehicle traffic, and close to direct stock to yard.  I wanted it to be idiot proof - eg operate with one button press & have backups if remotes were lost, or individual components failed. Admittedly making something idiot proof is a fool's errand, because there is always a supply of better idiots manufactured faster that the engineer can address the potential problems. it was also mains independent, in this case solar powered. Finally, it was designed to be upgradeable - a list of potential upgrades listed further on.

Parts cost about $300 - see parts and tools list lower down. Same comments regarding parts for Ben Gate 1.0 - who knows what you have or can get for free from a mate?

A video of use: 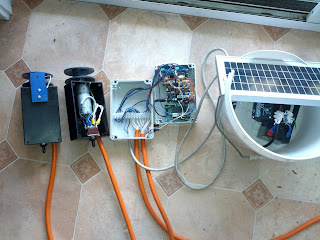 Upgrade options
Some of the potential upgrades or other options:
This website: www.FarmSmarts.cc
To share the concept and some other ideas, the FarmSmarts website was created, based on Open Source philosophy and Creative Commons licensing. Thus, all plans, pictures, parts lists are free on the web!

Contributions are invited - we know there are plenty of good ideas out there, and this is a farm-specific idea clearing house.

What if you want the item, but can't make it for lack of time, tools or experience. Ideally we can match up makers to users - For example, I imagine there are a number of engineers studying at university who have the skill to make these things, but are waiting tables to pay their way. Clearly they are better off doing this, even if they are paid modestly. Also, because of the licensing I've chosen to use, these items are freely available for any company or manufacturer to make too, bringing other options in for popular items.

Thanks and Acknowledgments
A long line of scientists going back to Aristotle
Arduino Team
DairyAustralia's FarmSmarts people
ADC, for opportunity to present here
Friends, Family and Colleagues for answers  to curly questions, being sounding boards and forbearance! 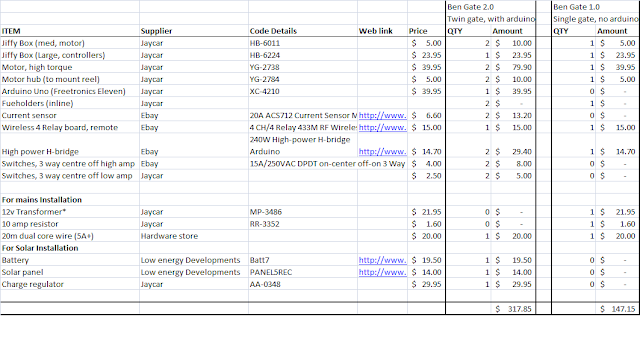 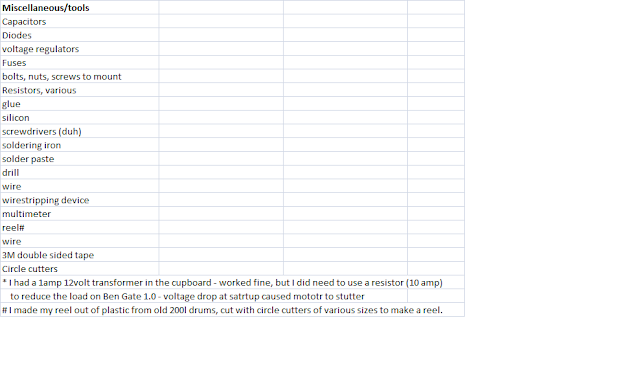 Update - March: This was covered by Hack-A-Day, a very popular site for cool projects.Visited by over 1500 (based on pageviews).